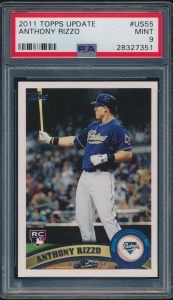 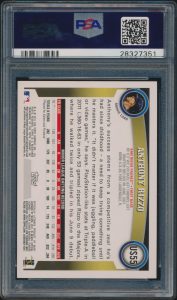 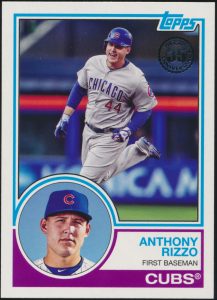 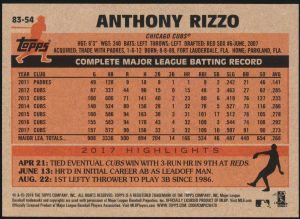 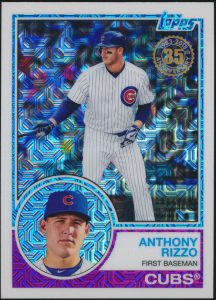 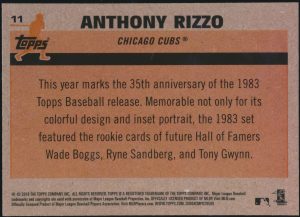 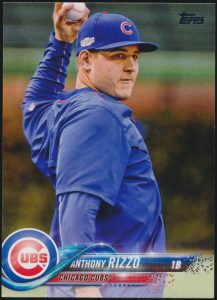 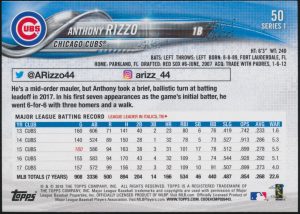 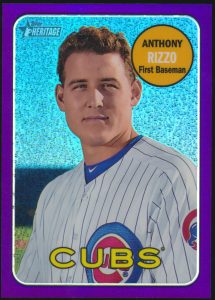 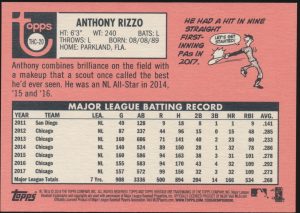 I ended up at Meijer this morning to pick up some milk. As you may know, I can’t go there without checking the card aisle. Nothing new but they still had 2017 Topps Heritage high numbers so I bought 2 packs. I also picked up some 2017 Donruss football and 2017-18 Upper Deck MVP hockey packs for my wife. 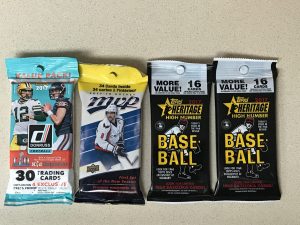 I wasn’t real impressed with the outcome of the last Topps Heritage packs, but figured you have to keep trying to get something better. Out of 2 packs, I landed 1 Cubs player with an Ian Happ RC. 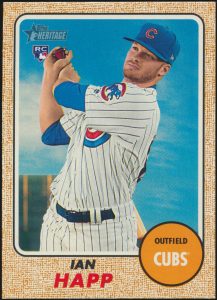 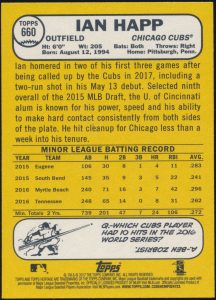 Then I found a Dansby Swanson Rookie Performers card. 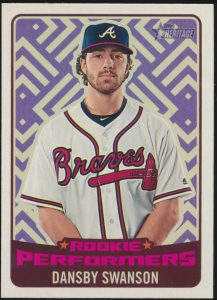 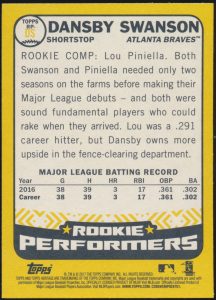 Cody Bellinger Now and Then card. 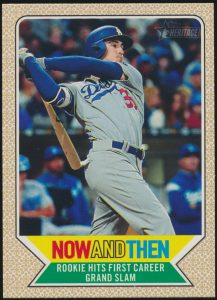 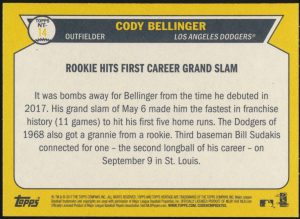 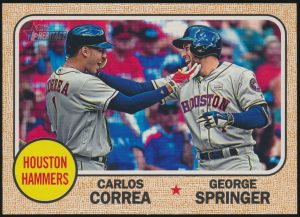 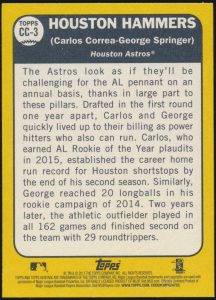 Then there is a Bruce Maxwell RC in mini format. I flipped it over and noticed it has a serial number of 064/100. Not too shabby! 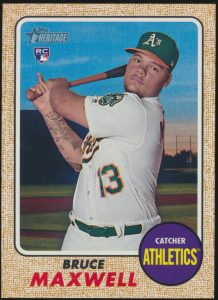 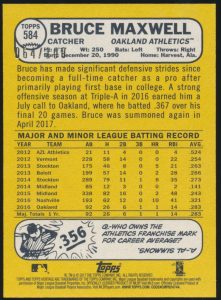 All cards except the Ian Happ are available for sale or trade. Send me an email or a DM on Twitter (@cubsfanstan) if you are interested.

I seem to be on a bit of a Kris Bryant kick recently. I stumbled across a 2017 Topps Heritage Kris Bryant / Bryce Harper card on eBay. I made a $0.99 bid and shipping was only $0.70. Not a bad deal and no one else bid on it. It’s got that 1968 look to it which is pretty cool. Maybe someday Bryce will make it over to the Cubs and play side by side with his pal Kris. 🙂 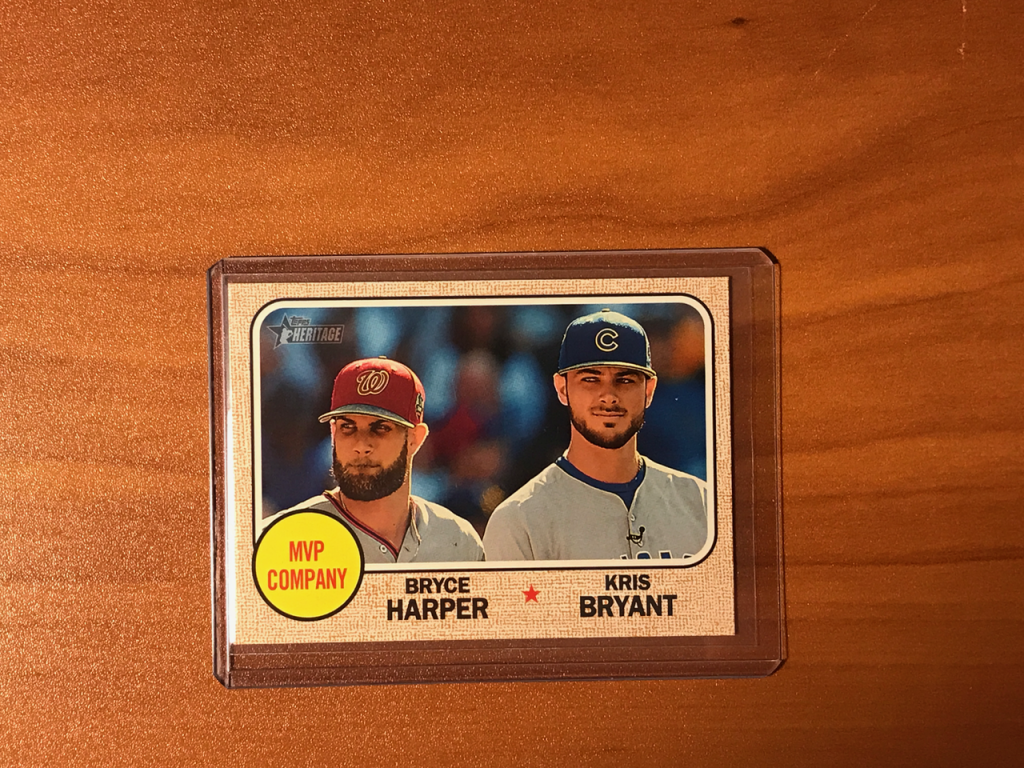 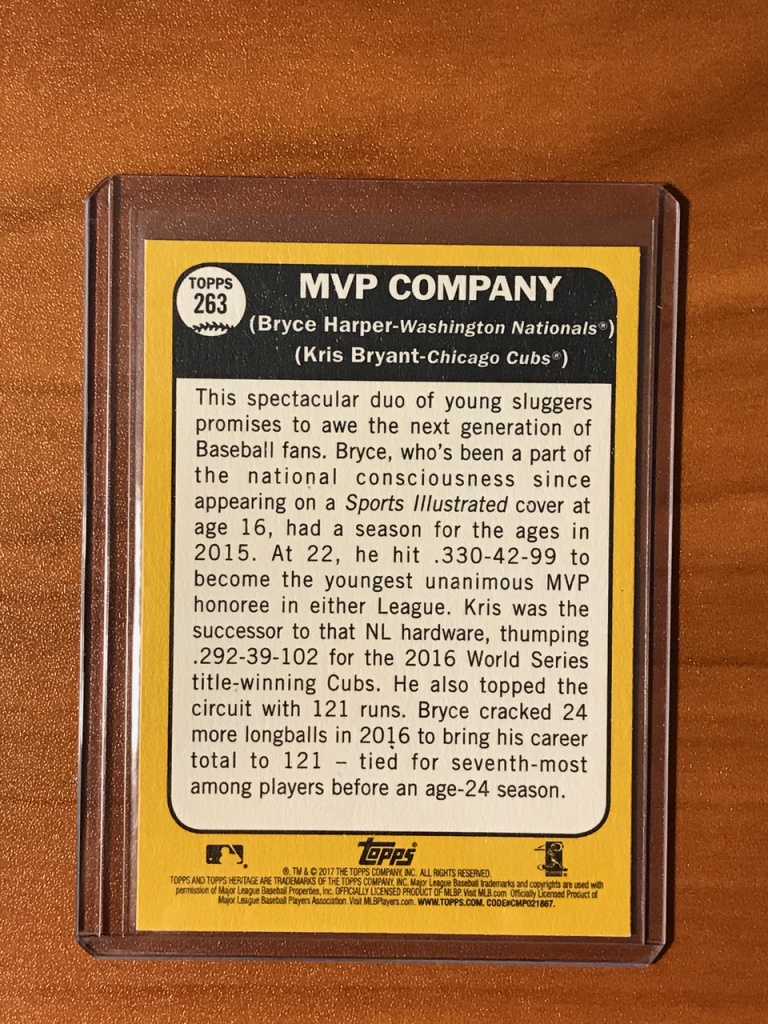