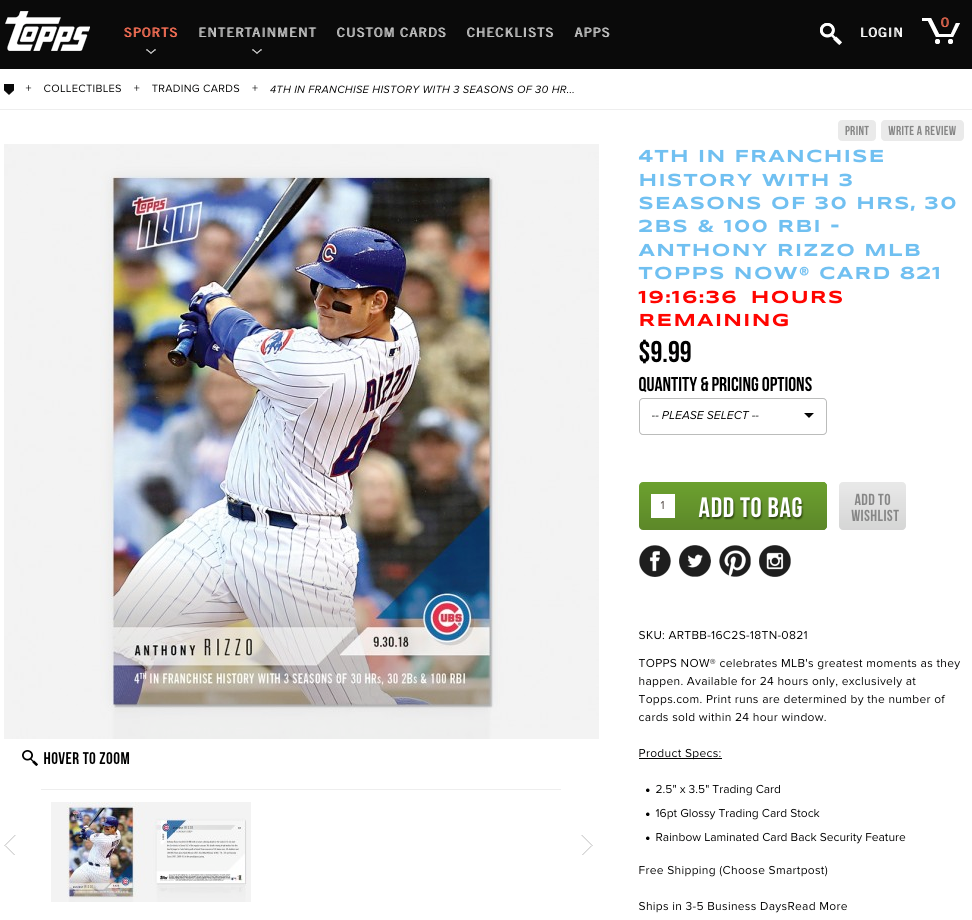 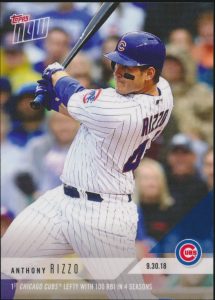 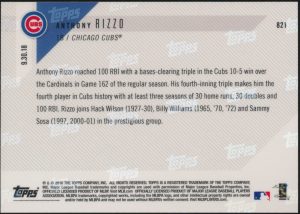 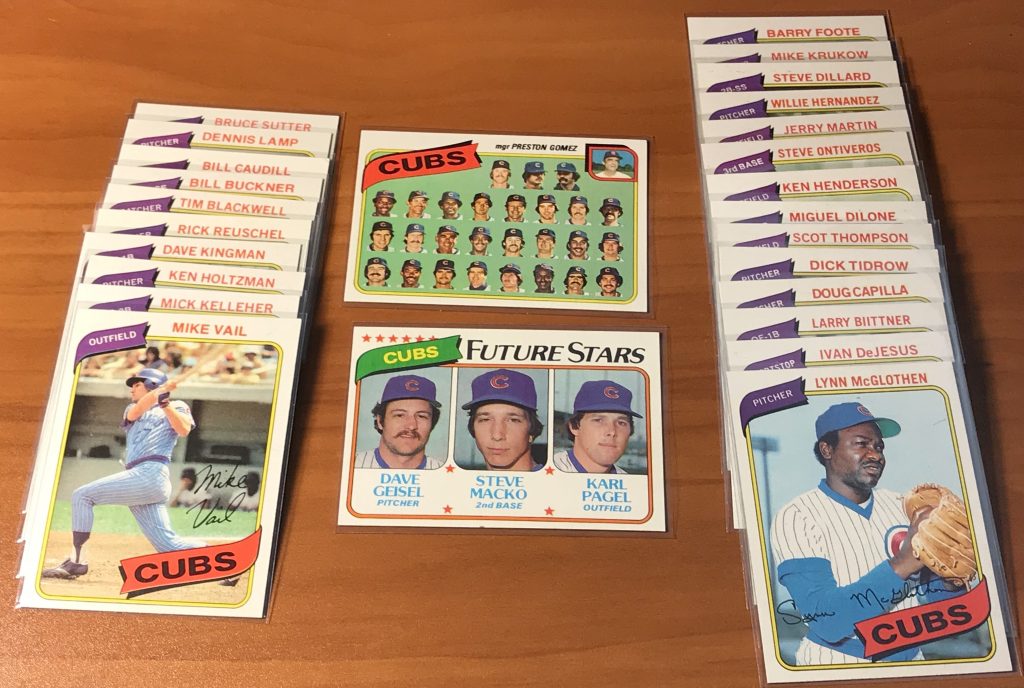 As I was browsing around eBay one day, I came across the 1980 Topps Chicago Cubs team set. I bid on it and won it for $2.80 plus $3.99 shipping! Not a bad price! I finally went through them today and compared them to the list of cards on Beckett.com as well as TradingCardDB.com. Beckett had an extra guy on there that is actually a White Sox player which I’ve emailed them about.

Both sites also listed a 1980 Topps #202 Home Run Leaders/Dave Kingman/Gorman Thomas card which was not in the eBay order. It wasn’t shown in the picture of the listing so I’m not going to complain about it. I’m guessing since the card has both a Cubs player and Brewers player on it, it wasn’t considered part of the set. I’d still like to find it so I can complete the set though.

According to Baseball-Reference.com, the Cubs went 64-98 in 1980 so not a very good season. I was a toddler at this period of time so I only recognize a few players like Sutter, Buckner and Kingman. No worries though as I still want to collect as many Cubs team sets regardless how they did in each year.

If I find it on my own, I will update this post. Thanks!

UPDATE: Thanks to a kind soul named Chris on Twitter (@addysdaddy181), the card is on its way to me! Thanks to all who replied to my request!

UPDATE #2: I’ve received the card from Chris and my 1980 Topps Cubs team set is complete! Hurray! 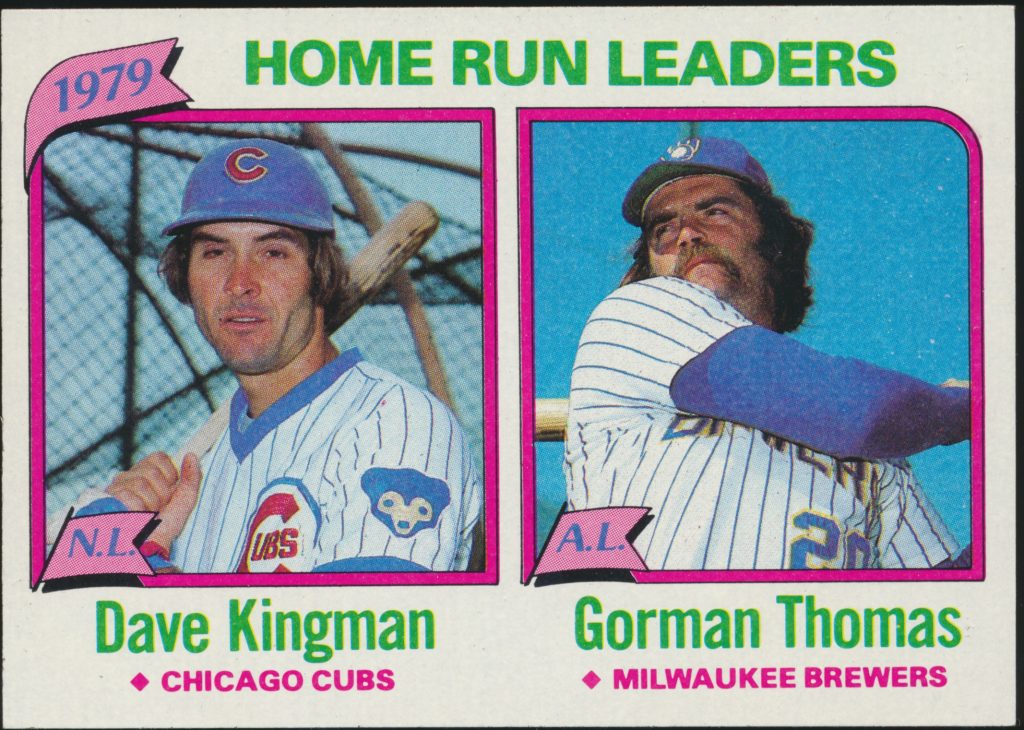