With Addison Russell out with another foot injury, Javier Baez has been getting more playing time at shortstop. I figured it was time to pick up his 2015 Topps Chrome rookie card. I looked around on eBay and found a buy it now for $2.25 with free shipping. It arrived today in a plain white envelope. The card was in Ultra Pro card saver as well as a penny sleeve. It is in mint condition and has a nice picture of Baez most likely trying to complete the double play. I’m not sure what it is about the 2015 Topps/Topps Chrome design, but I really enjoy it. 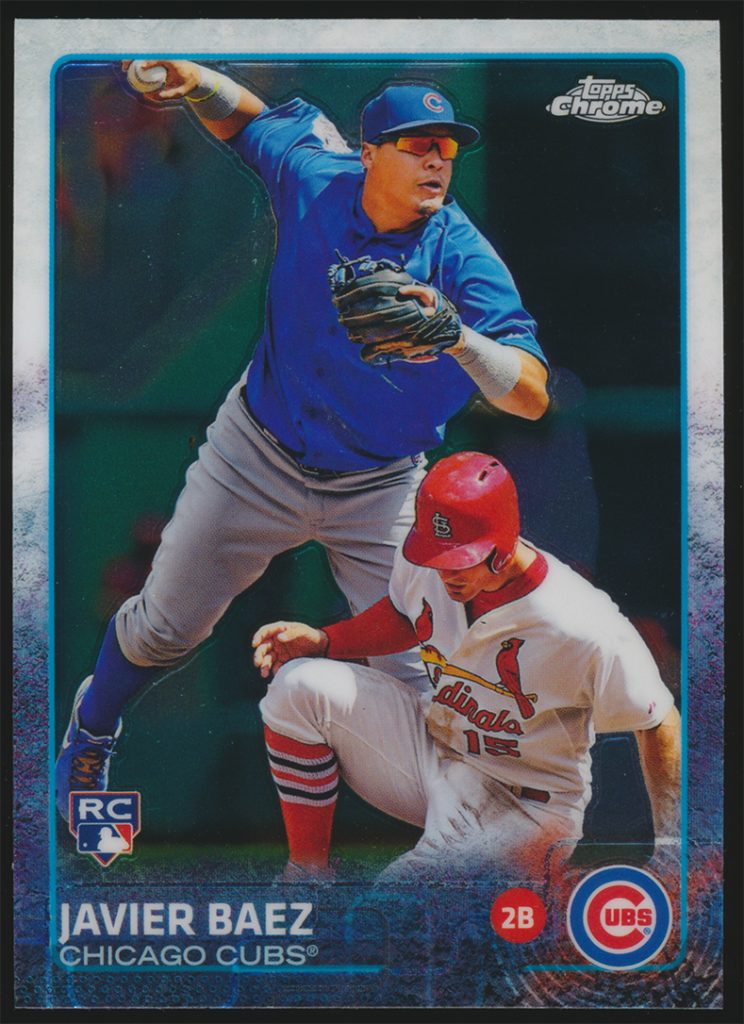 Sometimes I spend a long time just browsing eBay for various cards to get an idea what is out there and how much things are. As I mentioned in my last post, I’ve been trying to acquire some Kris Bryant rookie cards. However, I have very few dollars to allocate towards the expensive autographed cards right now. I’m happy trying to acquire the base cards and whatever is affordable to me.

One of the cards I’ve wanted the most is the 2015 Topps #616 Kris Bryant card. They seem to average around $13-$20 on eBay in raw form. I put in a search for it and they seemed about the same price. I came back to it a little later and a new listing popped up. It said $4.99 buy it now with free shipping. Say what? Obviously I thought it was too good to be true, so I looked at the photo and description and it seemed to be in great condition. Since it was a new listing, I pulled the trigger before anyone else snagged it up. There’s no way it would be around very long!

I was super excited to have purchased it for such a great deal. Just for kicks, I looked at the seller’s other listings in case there was another good deal to be had. I noticed there was a new listing for a different card in there so I figured this person was online right now adding items. I reloaded a few minutes later and more cards appeared. All of a sudden, there were 3 more Kris Bryant cards that I wanted that popped up for a great price! I added them to my cart and bought them ASAP!

Here’s what I ended up with: 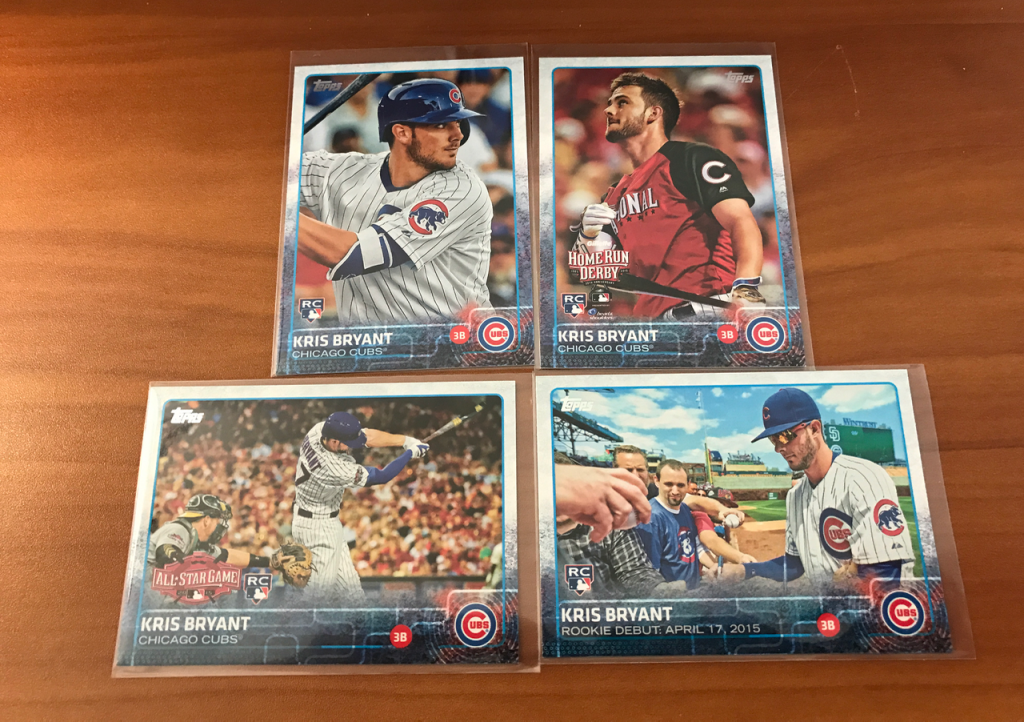 Now even though the #US283 card says RC on it, I think it’s considered more of a rookie debut and not an official rookie card. However, it’s one of my favorites because of the background of clouds and blue sky.

The cards arrived a day early and I was quite impressed with the packaging. A bubble mailer was used for the outside package. Inside the package I found the cards wrapped in a piece of cardboard taped with handles for easy opening. After I opened the cardboard, the cards were in a plain-white envelope. Inside I found 4 cards in penny sleeves that were tucked away in a 138pt top loader nicely sealed with a team bag. They even wrote thank you on the envelope! Very well done and I hope to do business again with them in the future should they have more Bryant or other Cubs cards that I am interested in.