I made the mistake of looking at older cards on eBay the other day. I’ve always wanted to get some older Cubs cards and I figured Ron Santo would be a good place to start. I stumbled across his 1961 Topps rookie card and put a bid of $16 on it. The following morning I noticed it was about to end so I kept an eye on it. With about a minute and a half to go in the auction, someone bid $20 on it. I bumped up my bid to $20.50 and ended up winning it! Shipping was another $2.95. That is currently the most money I’ve spent on one card.

It was packed pretty well, but the seller used a tad too much tape on the outside package as well as the cardboard surrounding the card. I carefully cut the tape with a box cutter and thankfully didn’t hurt the card. The card came in a card saver type soft sleeve. I removed the card and put it in a penny sleeve inside of a top loader.

As for the card itself, the corners and edges are in really good shape. There is a noticeable horizontal line running across the front of the card from his hands to the right edge of the card. It doesn’t appear to be a fold but something has left a mark. The centering is definitely off-center, but that doesn’t bother me as much as the pesky line on the photo. The seller had it marked as near-mint which seems about right all things considered. 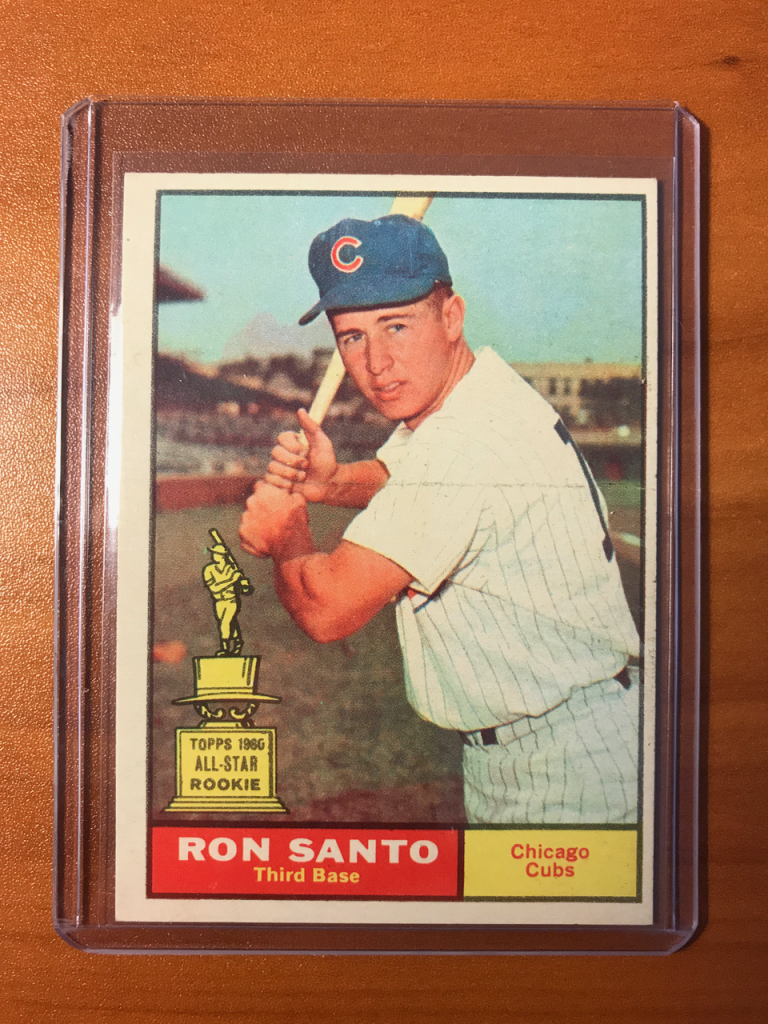 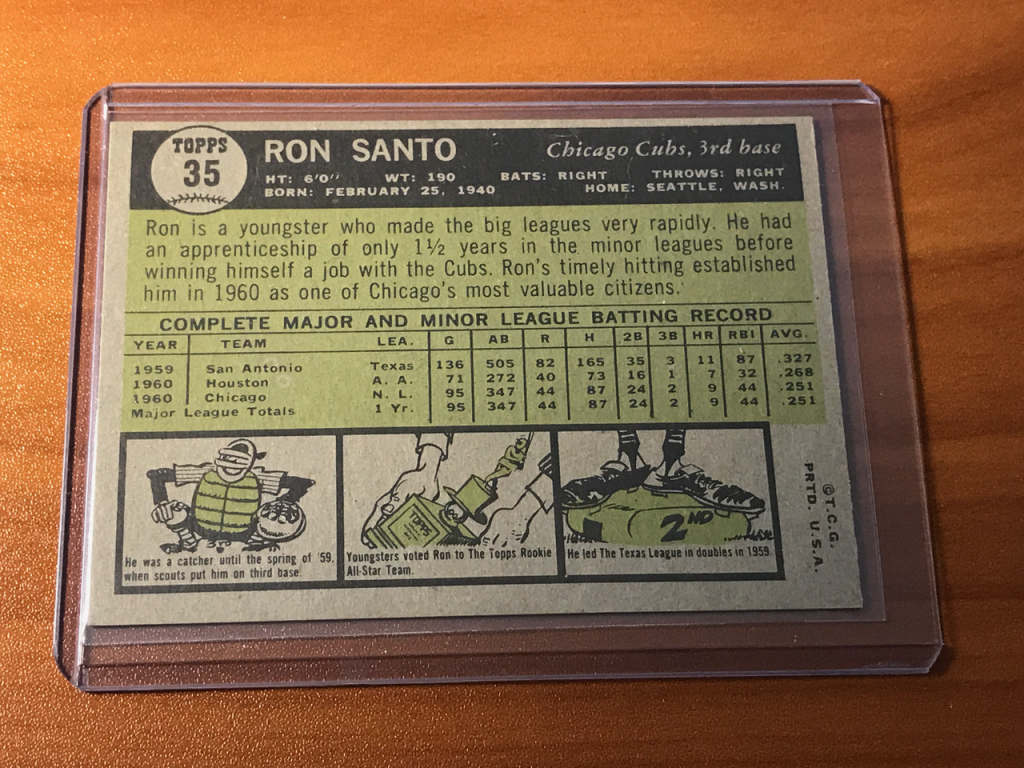 I’m pretty happy finally having a Ron Santo card especially since this is his rookie card. Hopefully the other cards will be a little cheaper as they go up in years. 🙂