I ran across a Sammy Sosa 50 card lot on eBay the other day. I put a bid of $5.50 on it just for kicks as it had not only rookie cards but many cards I don’t have in my collection. I had no thoughts I’d actually win the auction but darn it if I wasn’t the highest bidder. Shipping was another $5, but I was getting 50 cards so not a bad deal.

They arrived today in a small bubble mailer with 2 hard shell plastic cases. I don’t mind duplicates of some cards, especially rookie cards. I was a bit frustrated by the condition of some of the cards. There was a decent amount of corner damage on the Topps and Bowman rookie cards. There were 9 – 1990 Bowman RCs and every darn one of them has multiple corners that are damaged. I know I could buy a lot these RCs PSA 10 graded for around $10-$25, but I’m sticking to raw cards for now.

The seller never stated the condition of the cards nor did I ask, so it’s not worth complaining about. There are still a lot of cards in better shape that came in the package. The only Sosa rookie cards I need now are the Leaf and O-Pee-Chee. (I suppose a nice mint Bowman would be nice since these aren’t very good!) One card I wanted that I didn’t know would be in the lot was the 1990 Star Charlotte Rangers card. Not only did I get 1, but I got 6 of them and most are in decent shape. 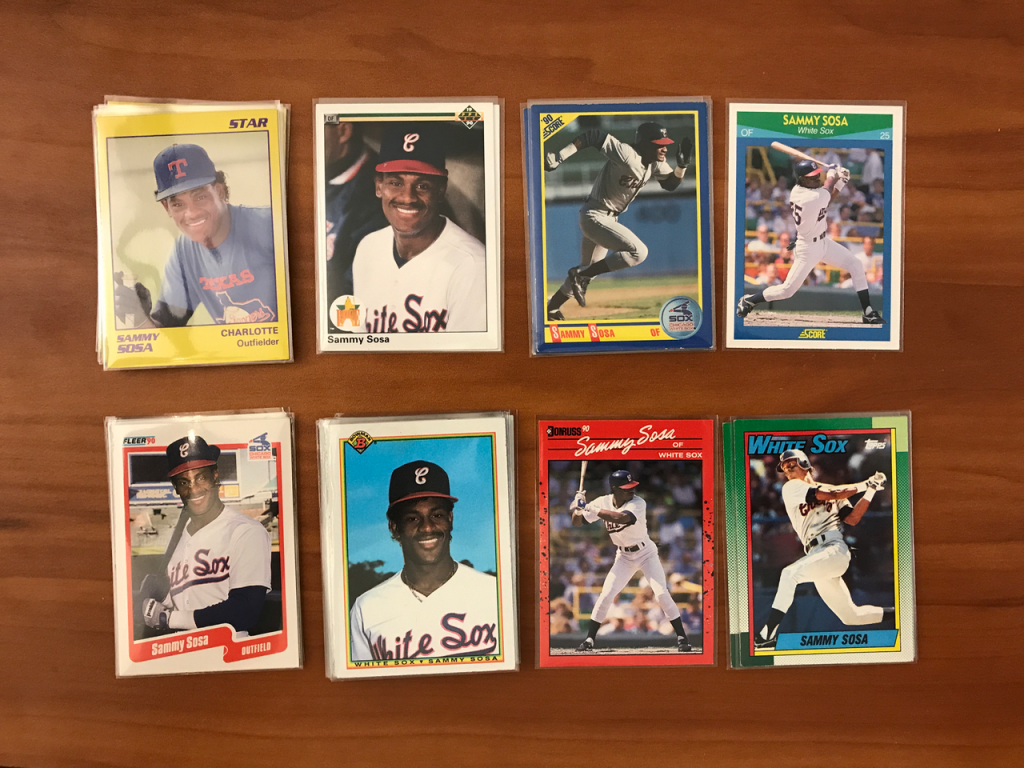 Here’s a few of the other cards that came in the package. 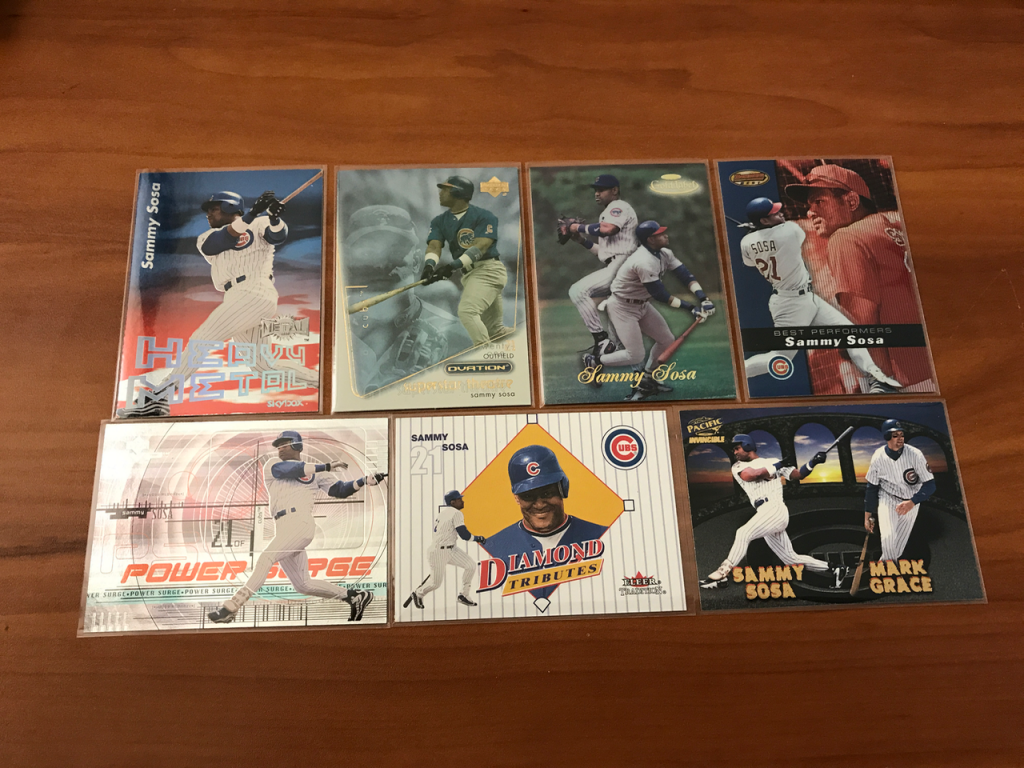 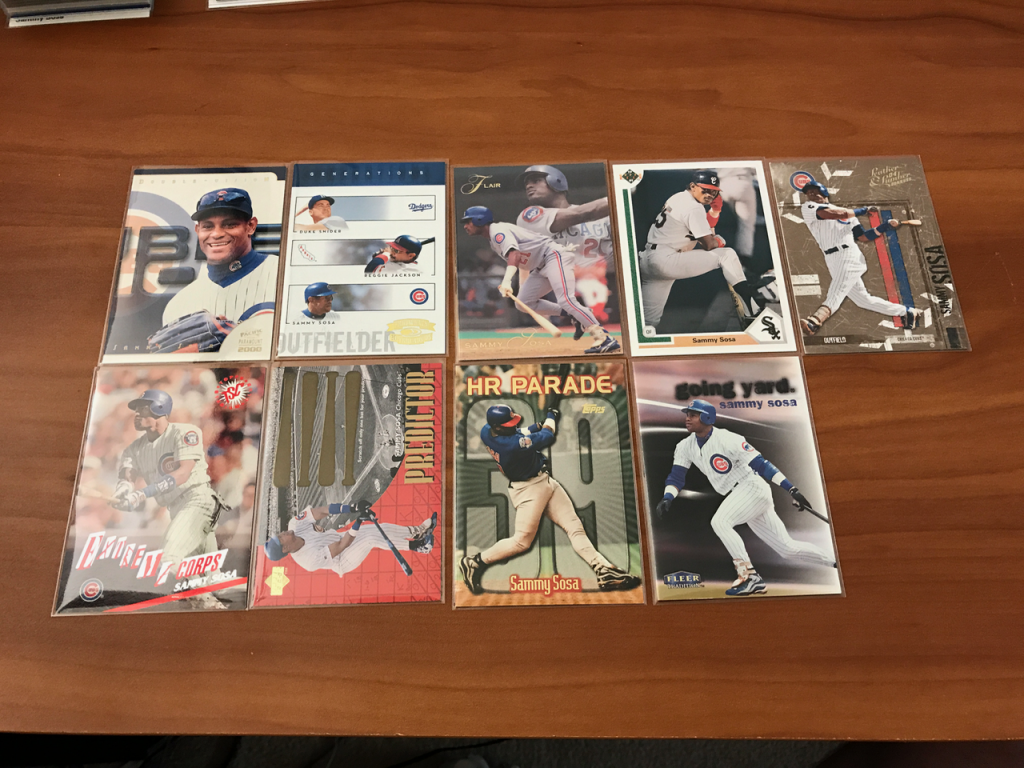 For some reason I really like these Sportflix/Sportflics cards that show different images as you tilt the card. (hard to capture on camera) 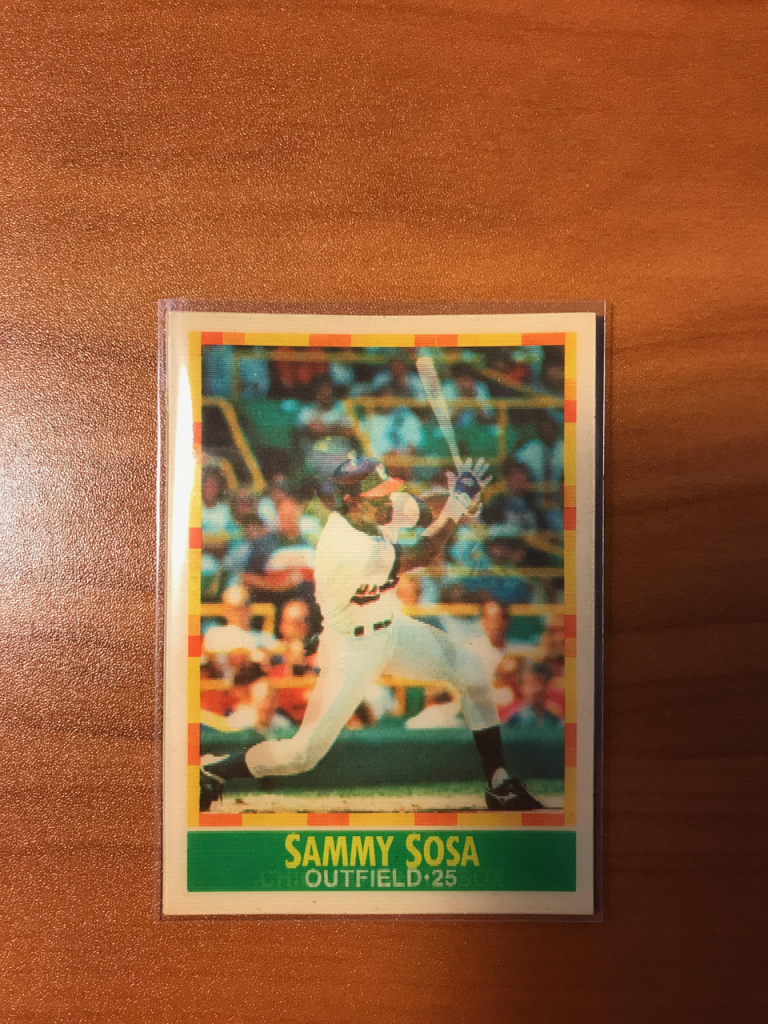 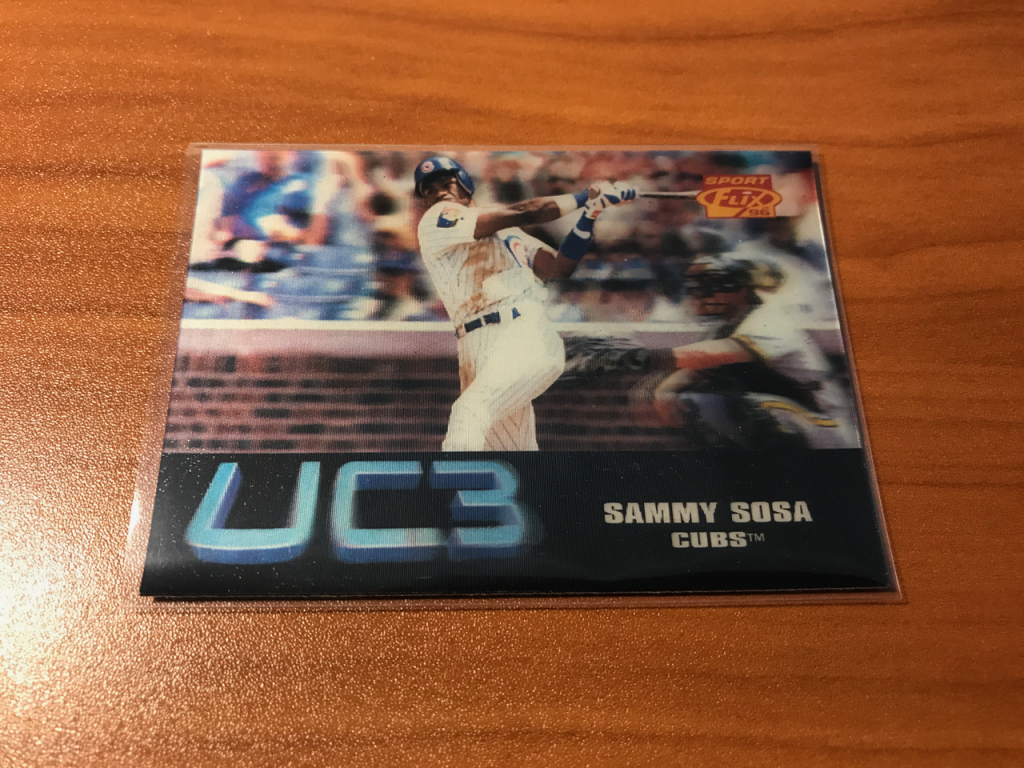 This final card is a 2004 Playoff Honors Prime Signature Insert #21. It has serial #2197/2500. That’s the only Sosa card I have that has a serial #. Oddly, despite it being called a signature card there is no signature. Still nice to have a ‘limited’ card though. 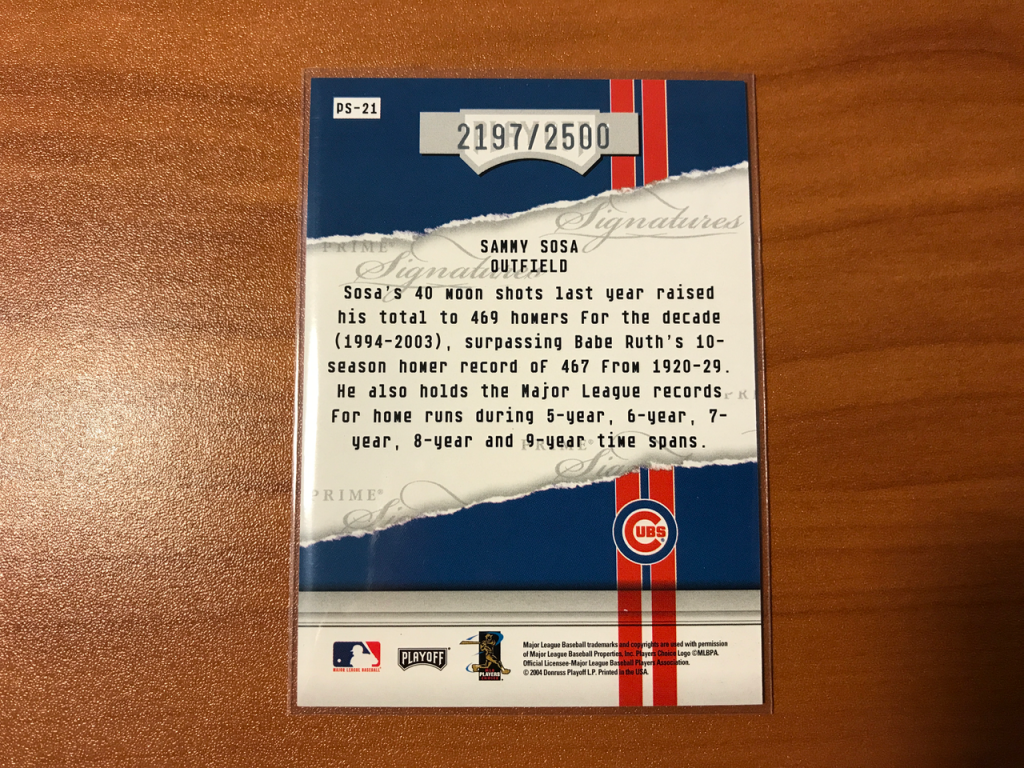