I was bored one evening and was looking at pre-rookie cards for Kris Bryant. I searched around and found a 2014 Bowman Chrome Kris Bryant Top Prospects card (CTP-62) with about an hour to go in the auction. There was one bid at $1.99, so I bid $2.24. My August 2017 Beckett had it priced between $5 – $12, but we all know how prices vary in the card world. I kept expecting it to go up at the last second, but as the countdown struck zero I was the highest bidder. Sweet! That $2.24 also included free shipping, so that was a nice touch.

It arrived this week in a plain-white envelope (PWE). (For the price I paid, I didn’t expect a bubble mailer.) I opened it up and the card was in a penny sleeve inside of a top loader with a piece of scotch tape to hold it in during shipping. They even folded the tape so there was a place to get a hold of it to open it up. The card was in perfect condition. I noticed on the envelope there was a red “Non Machinable” wording. The postage stamp also mentioned “Non-Machineable Surcharge”. I did some digging on the USPS website and discovered they are 70 cent stamps. The SKU number is 119504 if you want to order some.

I did replace the penny sleeve and top loader they sent it in as it had pricing info written on it and the tape residue was bugging me, but not a big deal for the price I paid. I’m just happy the card arrived in great condition. 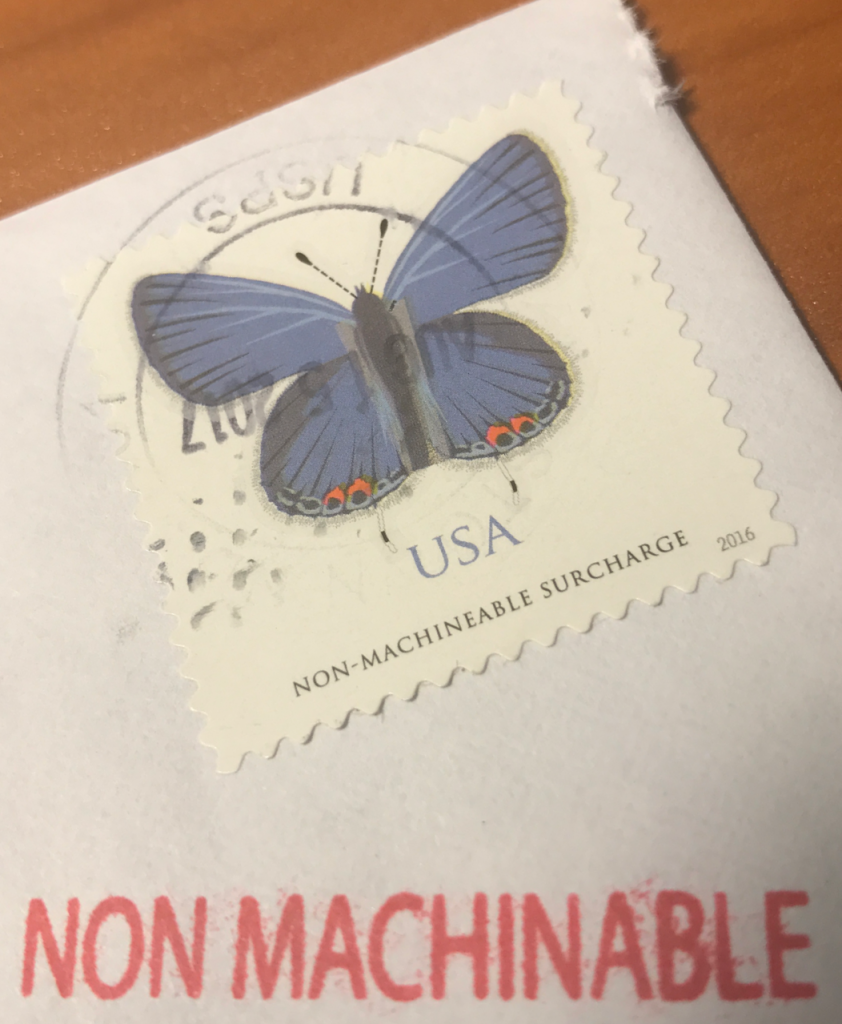 This card doesn’t appear to be an official rookie card even though some eBay sellers are labeling it as such. It’s not listed as a rookie card on Beckett or Cardboard Connection. That’s fine with me as I just wanted another one of Kris Bryant’s cards for my collection. I don’t have the budget for the autographed cards right now, so I’m going after the cheapest cards I can find. 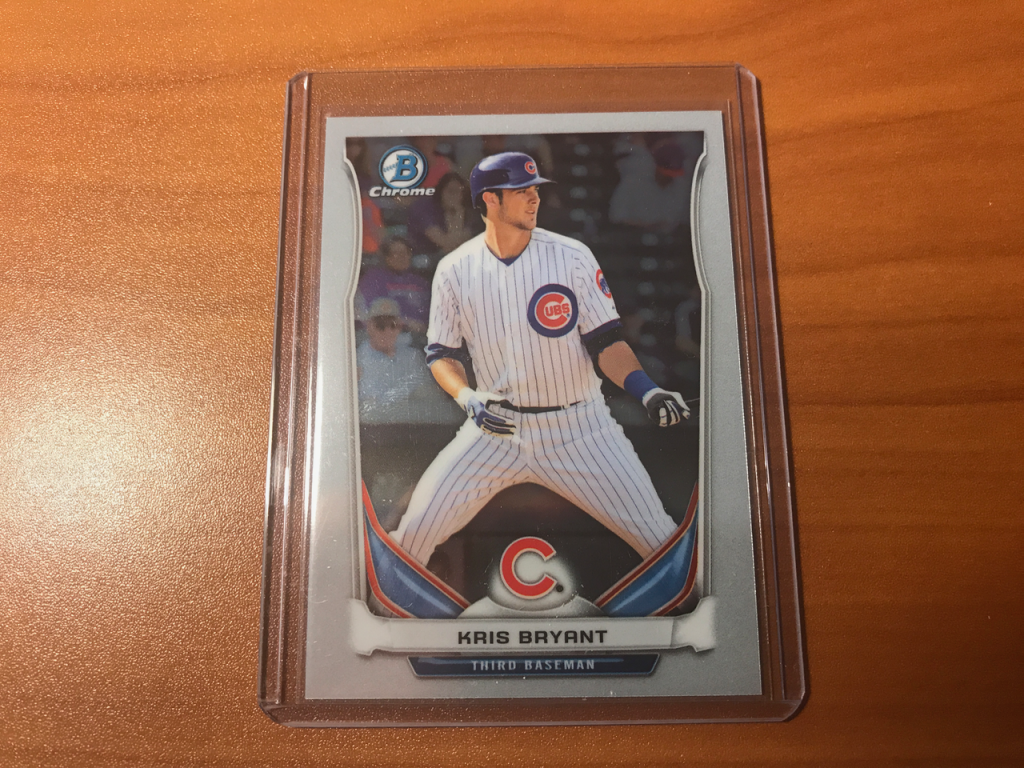 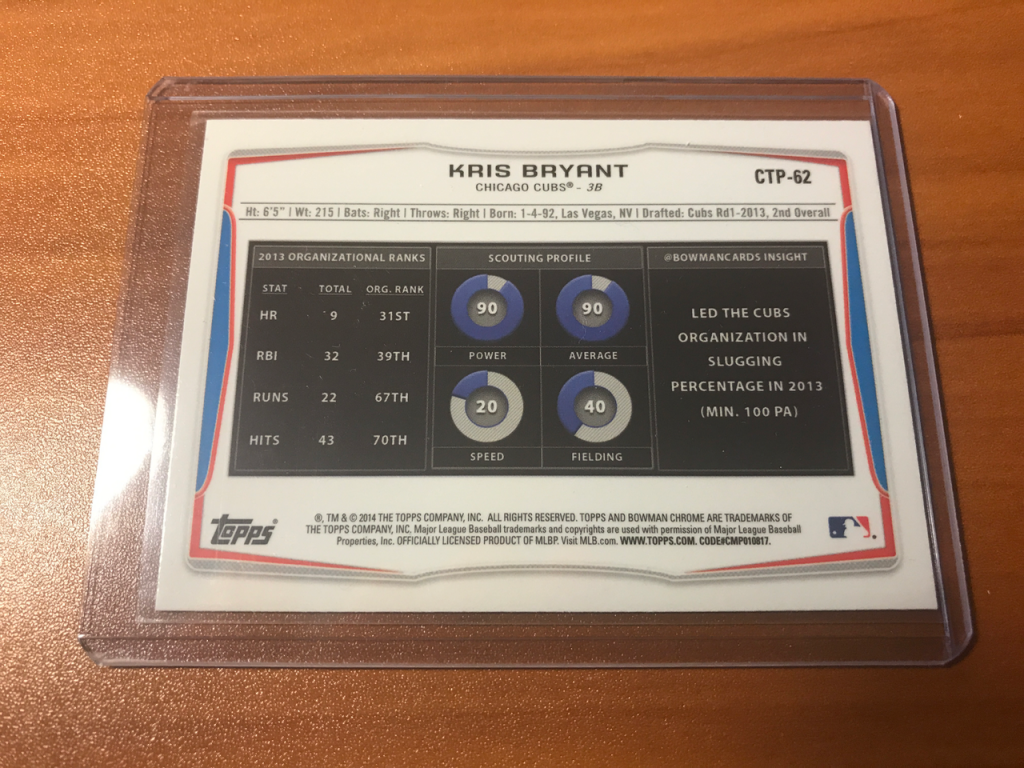