I ordered a few cards from eBay for my personal collection and they arrived today. I got the following cards: 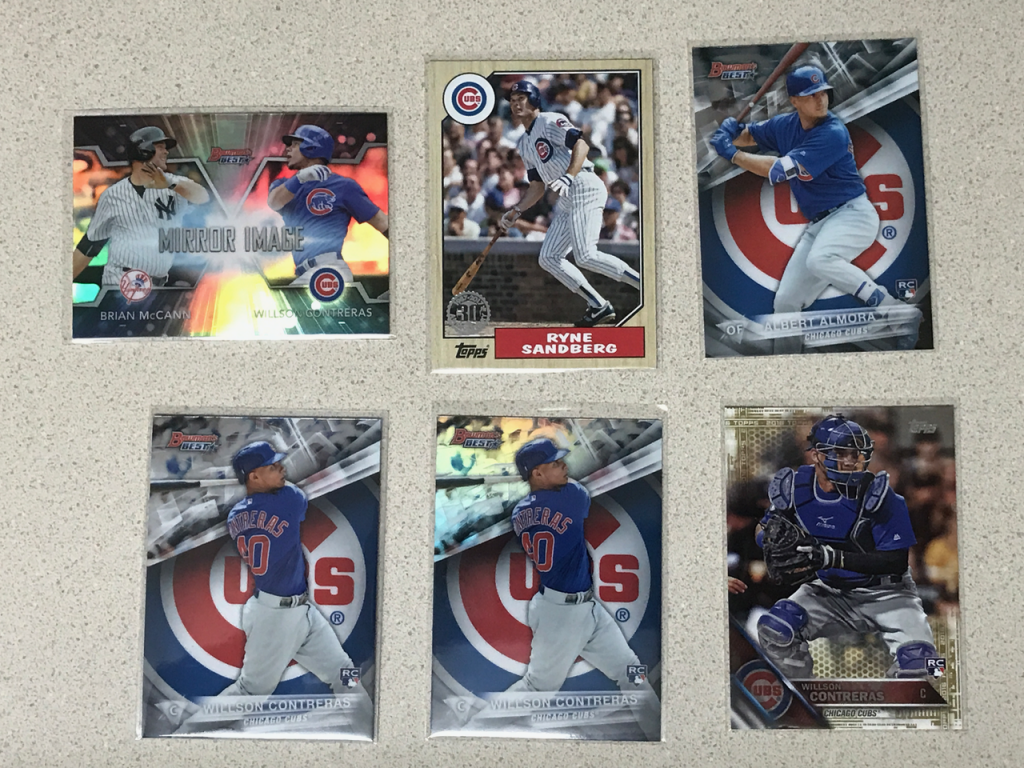 Jose Quintana was just traded from the Chicago White Sox to my Chicago Cubs, so I had to pick up some of his cards. I didn’t know what I wanted really, so I started looking for lots on eBay. I came across one seller that had 28 of them up for auction. I wasn’t sure what to bid on them, so I put in $10 and let the auction run its course. It closed for $6.74 + $3 s/h so I was pretty excited! There’s a nice selection from his rookie card to some 2017 stuff.

The 4 RCs included are the following:

So I just need the Bowman Sterling and I’ll have them all. Not too shabby for $10 worth of cards!

I was getting a little burnt out on the Topps Series 1 & 2 stuff, so I decided to test out some new packs. I ended up getting some Bowman Platinum, Stadium Club and Allen & Ginter at Meijer. 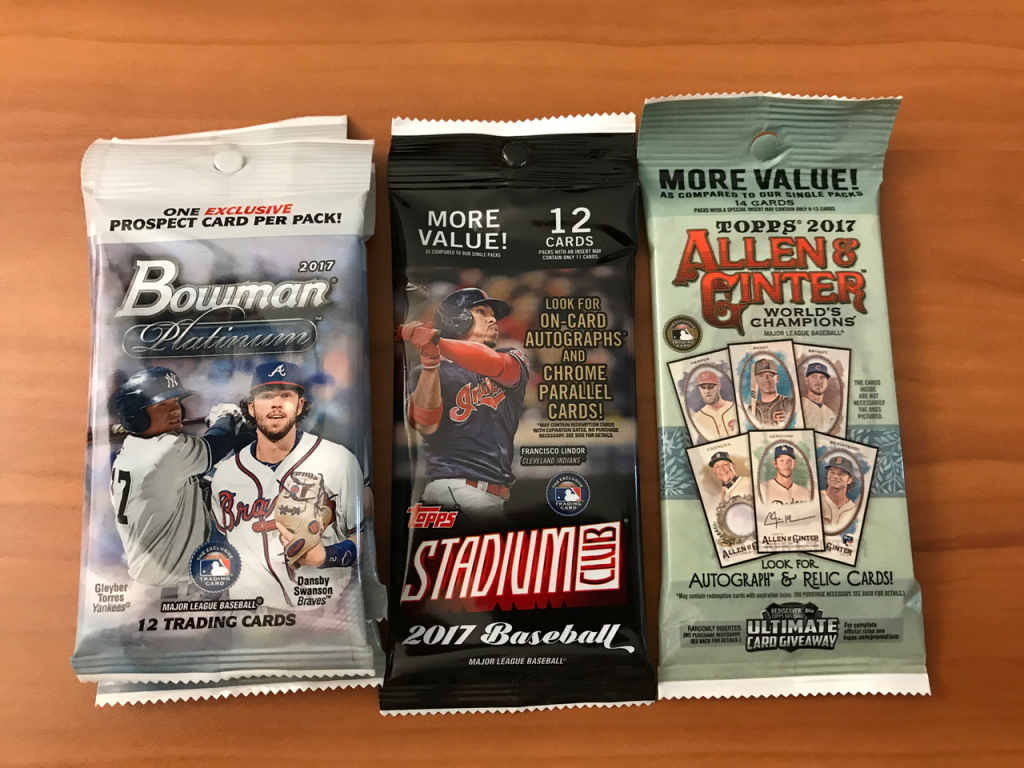 Dansby Swanson and Aaron Judge RCs, that is nice! 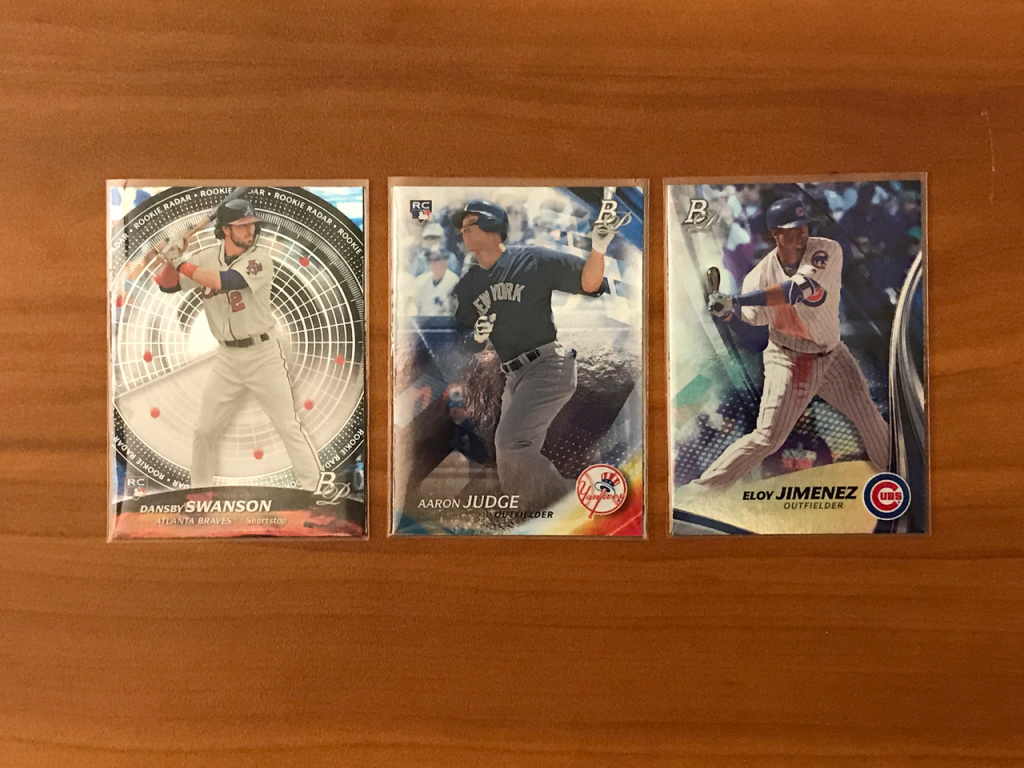 Also landed an Andrew Benintendi and Yoan Moncada RC. I really like these Bowman Platinum cards! 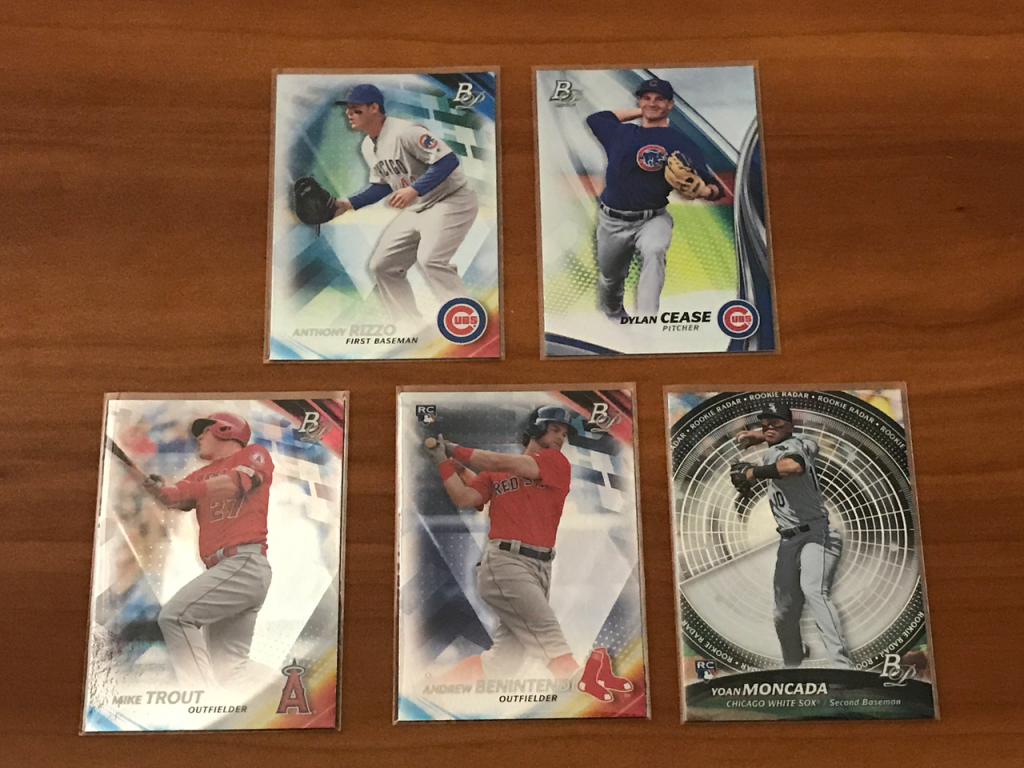 These two hot prospects of Jimenez and Cease were just traded to the White Sox for Jose Quintana. Figures, I finally get a Jimenez card and he’s not with the team anymore! Good luck to those fellas! 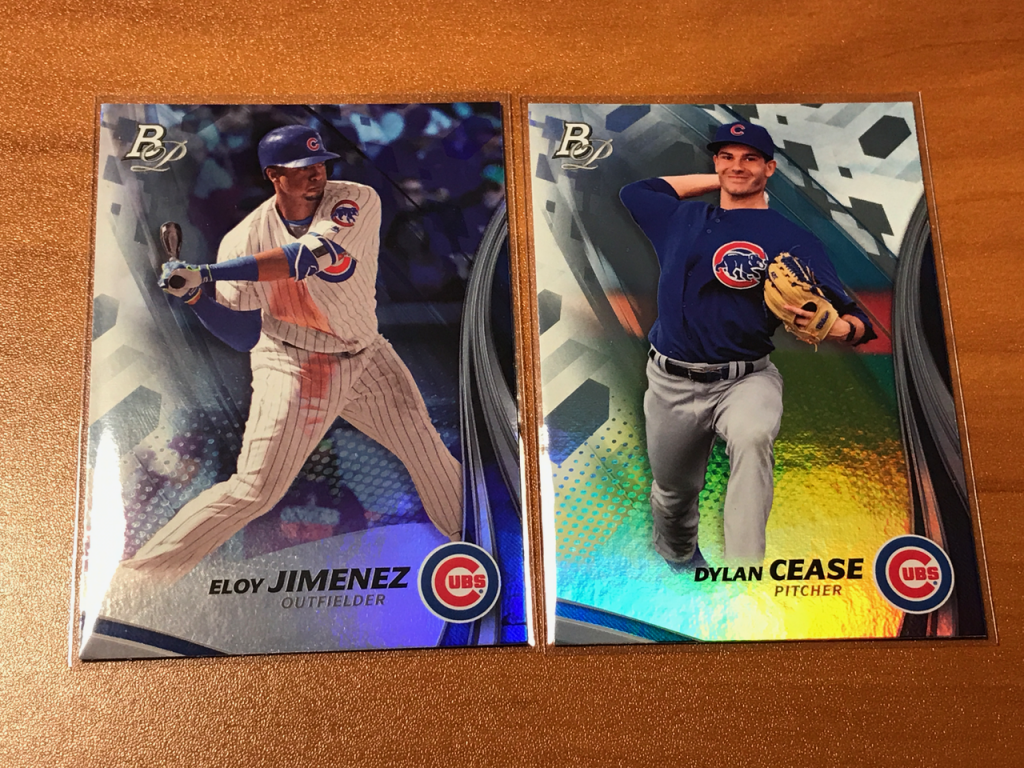 Well I finally landed my first ever autographed card. This is Willie Calhoun from the Dodgers “Tools of the Craft” card. Not only is it an autograph but it’s a limited run of 35. Not too shabby! 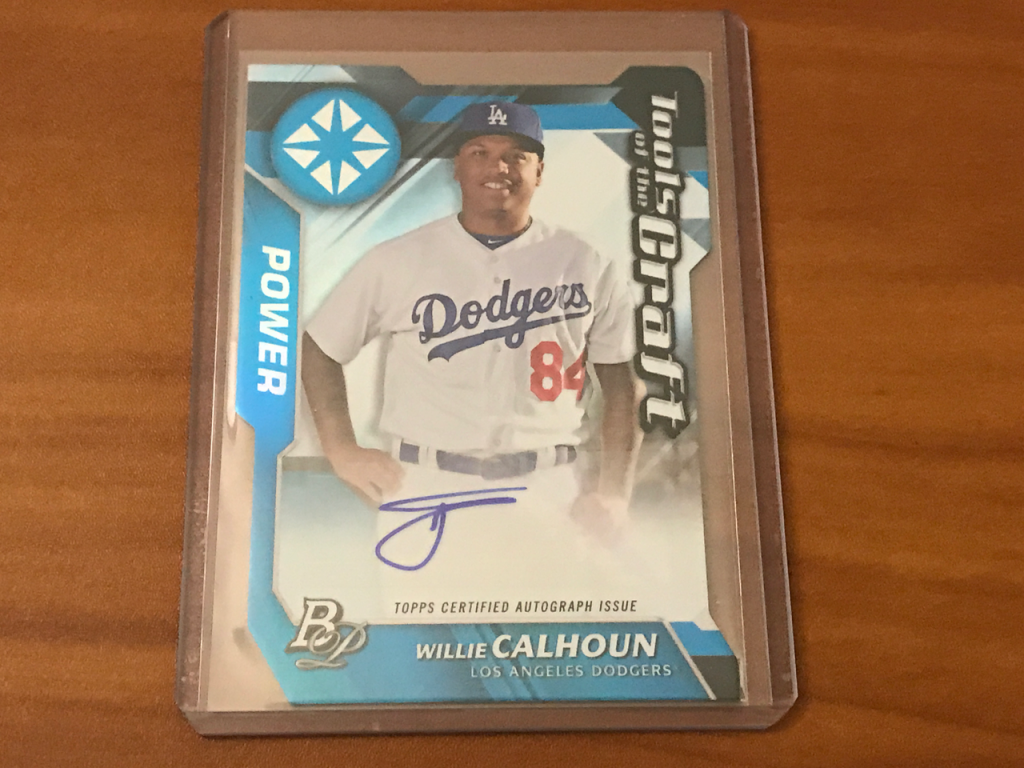 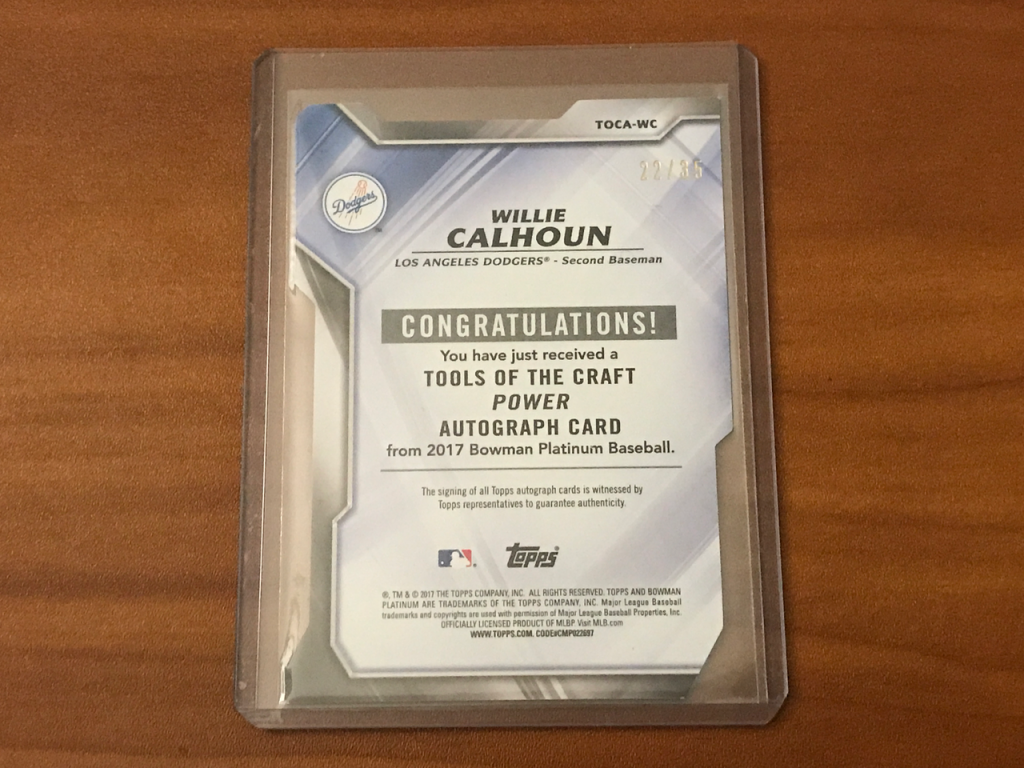 Not pictured are the Topps Stadium Club and Allen & Ginter cards. The Stadium Club are an ok design, but the font isn’t my favorite. As for the Allen & Ginter stuff, it’s just not for me. I don’t really care about fish and glow-in-the-dark star constellation cards. I want baseball players! The Bowman Platinum though is a nice design.